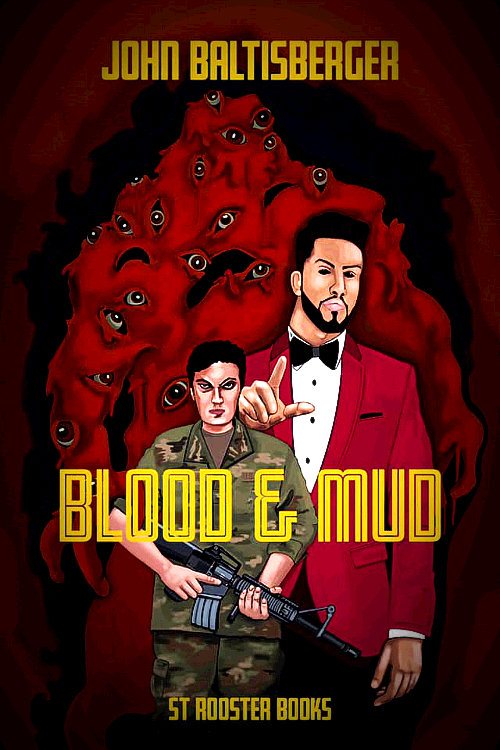 Yeah, this was really good and I can definitely recommend it. I do have a huge gripe with horror that makes me want to root for the antagonist. One of the tropes I complain about the most is the tendency for horror to have victims that are all contemptible pricks. However, there are two important points to the first contemptible pricks of this story. First, they are white supremacists, a group called The Righteous, and I do love it when white nationalists, especially Incel white nationalists, get their comeuppance. I am a huge fan of comeuppance. As I’ve noted in the past, comeuppance can be cathartic.

How Kaiju was brought back to horror

As a horror head, one of the most interesting things I ever heard about horror was from my father. When he was a kid, the idea of Godzilla scared the shit out of him. Today, we crave something more out of modern horror. The idea of being scared by Kaiju sounds kinda cute, really. Even with the advent of Shin Godzilla, going back to the roots of the evil king lizard, it’s not what anyone would really consider scary.

But if you stop to think about it, the idea should be pretty damn terrifying! This gargantuan thing just rises up out of the water and brings wholesale slaughter to everyone in sight. Not necessarily even from trying, just by moving. Ever step it takes shakes the ground; if its tail so much as brushes a building, the shear weight brings the whole building crashing down. Hell, just the ‘rising up from the water’ part would cause such a sudden tsunami which would wipe out hundreds of people before they could even react—maybe even thousands. There’s no defense against it; all you can really do is run from it, (and hope it doesn’t decide to just start moving in that direction), you can’t even prepare for it. You can’t exactly ‘Godzilla Proof’ a building. So why isn’t Godzilla scary?

The problem is presentation. The audience is on the outside looking in and even on the big screen, Godzilla ain’t that big. Horror heads, especially Godzilla fans, are kinda blood thirsty. We’re just there for the cool looking monsters and the inevitable monster wrestling match. We have no connection to the destruction on the ground level, even when they try to show it.

Enter J. J. Abrams. And as much as I don’t have a ton of respect for him as a director, he saw what was missing from the Kaiju genre and fixed it. Anyone who knows me, knows I hate ‘Shaky Camera.’ There’s almost never an excuse for Hollywood to use it, and even if they do use it, if it’s gratuitous, it fucks the whole movie up and makes it nigh unwatchable. I wrote a review of The Taking of Deborah Logan (TTODL) to illustrate how and why it is completely unacceptable as cinematography. You can see that review below: The Taking of Debora Logan

It’s an earlier review so it’s kinda fast and loose, but rightfully angry. They RUINED what should have otherwise been an amazing horror movie with gratuitous ‘Shaky Camera.’

So what did J. J. get right that TTODL fucked up so bad? First of all, ‘Shaky Camera’ put the audience back where they needed to be in order to recapture the sense of helplessness and total chaos from a Kaiju film; right on the fucking ground. Second, the found footage genre was used in a way that made the fantastic seem more real and relatable. Being on the ground level in almost a mocumentary sense, it felt similar to following the camera guy in an actual war zone on the news. It was the perfect way for the audience to connect with something they’ve actually witnessed in real life. Finally, but most importantly, the character Hud, who was doing the filming, HELD THE FUCKING CAMERA STEADY!!! JESUS-FUCKING-TAP-DANCING-CHRIST!!! Hud manages to get amateur footage that was almost professional quality. They literally wrote into the movie that Hud got a nice camera, with a fucking harness from his buddy’s brother.

In TTODL, the fucking so called PROFESSIONAL camera guy spends more time videotaping his own two fucking feet than he does videotaping the shit happening to Deborah! Hud, a fucking amateur, gets a partial shot of the goddamn monster in the first 20 fucking minutes of the movie! Not even 45 minutes into the movie and Hud’s captured better footage than a news crew. I don’t give a flying fuck if that seems unrealistic, I came to watch a fucking movie, not an hour of some jackass filming himself tripping over his own feet over and fucking over again! Jesus, Hud even manages to get good footage when he does trip over his own two damn feet!

This movie became an instant classic for its cinematography and its re-connection with the Kaiju genre. It’s basically required watching for Horror Heads, unlike the two prequels, of which only 10 Cloverfield Lane is even worth watching. But I can even recommend this to general adult audiences. It’s just that good.

Only one thing to really bitch about that might constitute a spoiler. Besides the character Rob, dragging his friends to certain death over a girl who basically tossed his ass. At the very end, when Hud, Rob and Ms. Forgettable-Damsel-in-Distress-Trope are all being evacuated by chopper… why the fuck was the rescue chopper following the monster? It was literally flying along side it. I mean, cool footage and all that jazz, but… did J. J. not know how ‘evac’ works? Because it literally means flying away from the danger. Not buzzing it for a cool photo-op. What ‘the cinnamon toast fuck’ is that shit?

In any case, it really is an awesome movie. I was so impressed by it, I actually wrote a story that was my idea for a prequel. Frankly, I think mine was better and made more fucking sense. So watch this, and enjoy! Maybe one of these days you’ll figure out which one of my books was supposed to be a prequel.

If you’re a fan of my reviews, you can support them by purchasing one of my books in the Shop, or by clicking the ‘Tip’ button at the top of the page at following link.
https://vocal.media/authors/reed-alexander