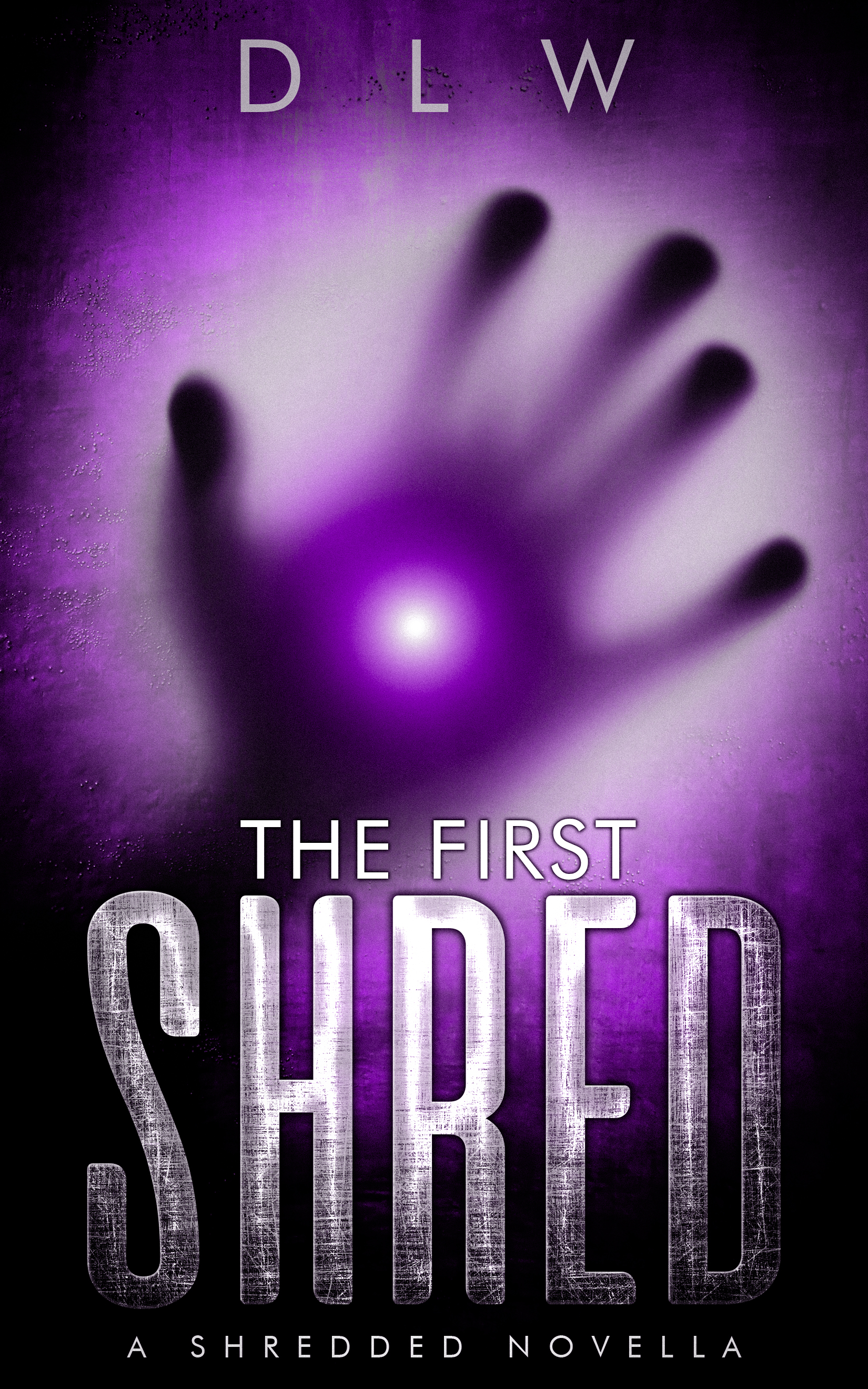 Please enjoy the excerpt from “The First Shred” by DLW:

Ok I don’t know what kind of jokes cannibals make, but Ovag laughed at whatever Bace whispered to her. Then she smiled broadly at the executioner. I was staring at the maid opposite me and at the mop and bucket beside her. She was the only person in the room looking at me. Her brows twisted together in thought for a moment as her gaze shifted from me, and then to her feet, then back to me again. She picked up the mop and bucket and took one step back and to her left.

“Well?” Ovag’s voice cleared all thoughts about where my blood would splatter from my mind. “Oh yes,” she said, sighing and clearing her throat, “I hereby condemn the thief who calls himself Grast to death for the crime of stealing a golden hair comb from the Hero of Torgery. Since he attempted to hide in the tombs with some of our treasured dead, we hope their souls find him in the afterlife where there are no hiding places.” I would have worried about being separated from my flesh if I weren’t focused on being worried about what would happen to my flesh once I was killed. I’d been in their tombs and seen that not all of their dead were treasured. I’d witnessed the marks Bace’s bite had left. “Get on with it,” Ovag said, returning to the conversation with her pet cannibal.

I felt the sharp edge of metal as the executioner lined up the axe, one of his feet pressing down on my back, and then a cold blade through my neck. For the first time, everyone’s eyes were on me, as I stole the air with the breaths I shouldn’t have had left.

“Find Drisk,” growled Ovag, striding over and gripping my upper arm, “she must be here somewhere.” Drisk stepped out from her hiding place behind a pillar at the back of the room and walked towards us. Ovag scratched Drisk as she pulled down the high neck of her daughter’s dress to expose a scar around her neck. “Leave us,” Ovag hissed at the guards. She nodded at Bace and he nodded back, before following the three guards out of the room. “Darling,” Ovag cooed as she leant against the windowsill, looking out, “I don’t always tell you how I feel. But I want to now. I want you to pay very close attention because this is hard for me.” Drisk kept her eyes on the floor. “Are you listening to me? Do I have your full attention?” Drisk nodded. “Good,” said Ovag, her face changing from softened to smug as she nodded to whoever was outside the window.

“I know you are. Otherwise, you wouldn’t have let that happen. Honestly, you’re still so gullible,” Ovag grabbed Drisk’s face and turned it towards me, “I hope his life was worth three.” I knew it wasn’t. “You don’t live in a world without consequence. None of us do,” her voice softened as she let go of Drisk’s face and brushed a coil of hair out of her eyes, “and I won’t be able to cover your tracks forever.” The cannibal returned with three new guards and I wished the usually unnecessary wish that the flesh of the last three would be left to rot in peace. “Bace, I need them out of the way until the celebration.” Drisk stiffened as the guards seized us and, to my horror, threw us back in the tombs, leaving two guards outside the door. As soon as the door slammed behind us I picked up the bloodied sheet from the floor and threw it over the gnawed corpse on the slab.

“What’s that room?” I asked, wanting to focus on anything other than what I’d just covered. Drisk answered without looking where I was pointing,

“Well, it’ll be more comfortable than out here,” I paused before asking a question I didn’t really want to know the answer to, “exactly how much time have you spent down here, anyway?”

“I’ve lived here my whole life,” she answered, “this isn’t the first time I’ve been punished.” She sank to the earthen floor next to the door, leaning sideways against the wall with worn patches in the paintwork. Her feet slid into two shallow marks in the floor, her head and shoulder perfectly aligned with two worn patches on the wall, the patches below those recording a life I wished I couldn’t see so plainly.

“Locks,” I said, moving to deal with something I could, “pretty useless decorations if you ask me. I don’t know why people insist on putting them everywhere. They always end up-” the padlock fell to the floor, “on the ground.” I quickly picked the remaining lock, glad that the only witness to my display of inadequacy was someone with bigger concerns, and stepped inside. We sat down at the small table in the centre of the room.

“She’ll leave us here until morning. Bace won’t be back until she comes to get us. We’ll get in trouble for letting ourselves in.”

“We’re already in trouble. I know what they’re planning for me, we’ve already done the dress rehearsal, but how much trouble are you in?”

“She won’t kill me. I’m safe here.” ‘Safe’ was a relative term. In this context, spoken by Drisk as she sat a wall away from more than one corpse, it meant ‘won’t be killed’ not ‘won’t be harmed’.

If you enjoyed that, please consider picking The First Shred up from your favorite online booksellers, and follow DLW on her own blog.